Can you allow yourself to be aggressive with women from Ukraine? 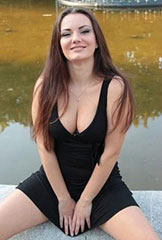 First of all we would like to start with a definition of world “aggression”. They say that a person shows aggression when his behavior is destructive, hostile, violent and can inflict injury to a person or cause damage to an object. Usually aggression is aimed at a particular individual or is provoked by the particular circumstances. A person can make an assault, threaten verbally, destruct property throwing objects and so on. Aggression can come out in mental violence or sexual misconduct. The physicians specify active and passive aggression. If active one is obvious and subject to severe restrictions and medical maintenance, the passive aggressive behavior cannot be discovered on the first try and takes many forms. More often it is a negative behavior without direct injury but it brings moral pressure to bear. Using such tactics a man makes his lady crazy giving angry looks, finding faults, making certain changes in behavior full of meaning and so on. And the most unpleasant thing with him is that he might appear polite and friendly especially in public and he hides carefully his manipulation acts. He will forget significant dates, fail paying attention to the issues important for his partner, preventing her from getting what she needs.

Is this awful? Do you think this is disgusting and should be excluded from the healthy relationships between man and woman? Do not hurry to judge, just watch yourself. Haven’t you ever behaved like that? Of course, the difference is in how often this happens, what the reasons are for it and where the limits are. Moreover, there is even a special kind of woman who is drawn by a passive aggressive man. The reason for such choice is a family where she was brought up. If she was taught to do without love and caring and get little return for her efforts. She used to face with a hostile or indifferent man who makes his faults to be the fault of his partner. She will be trying to work on the relationship but it will hardly help. To the contrary, it will compound matters because the man with such attitude enjoys an existing situation being afraid to show his fear of attachment. It looks like a cycle, you know? The crazier a woman feels the less her man listens to her.

Being in public when dating with women in Ukraine

Can women of Ukraine become emotionally attached to a man they meet online?

Find out more about attitudes toward money of women from Ukraine

Do you think such roles are possible with Ukrainian women? Unfortunately nobody is guaranteed against such risks. Most females in Ukraine are rather soft, kind, tolerant and ready to meet someone halfway. They usually feel comfortable with gender divisions and a modern variant of patriarchal structure but at the same time they are smart and strong enough. You should not provoke the patience of a saint. She will demand love, attention and cooperation from her husband instead of losing her balance and self-esteem. The chances are very high that she will prefer to be single than to continue living with a sadist and learn to limit the amount of offence and damage from a man in her life and stop attracting passive aggressive men. Taking into consideration all the above said we hope that when a man is going to meet a lady from Ukraine and any other country, he will remember of the suggested examples of unacceptable attitude. When you are dating, try to demonstrate your behavior as much as possible so that a woman could make a correct choice. If you refuse it and become being aggressive after you start living together, without any doubt you will waste your and her time. The Ukrainian woman will hardly be tolerant towards all the above described things understanding that the love does not mean turning herself inside out even for a good marriage. She will walk away from a man who cannot be honest, attentive, careful and reliable.